Thursday 24th June 2021! Burleigh Keg Jump is back in the brewery. 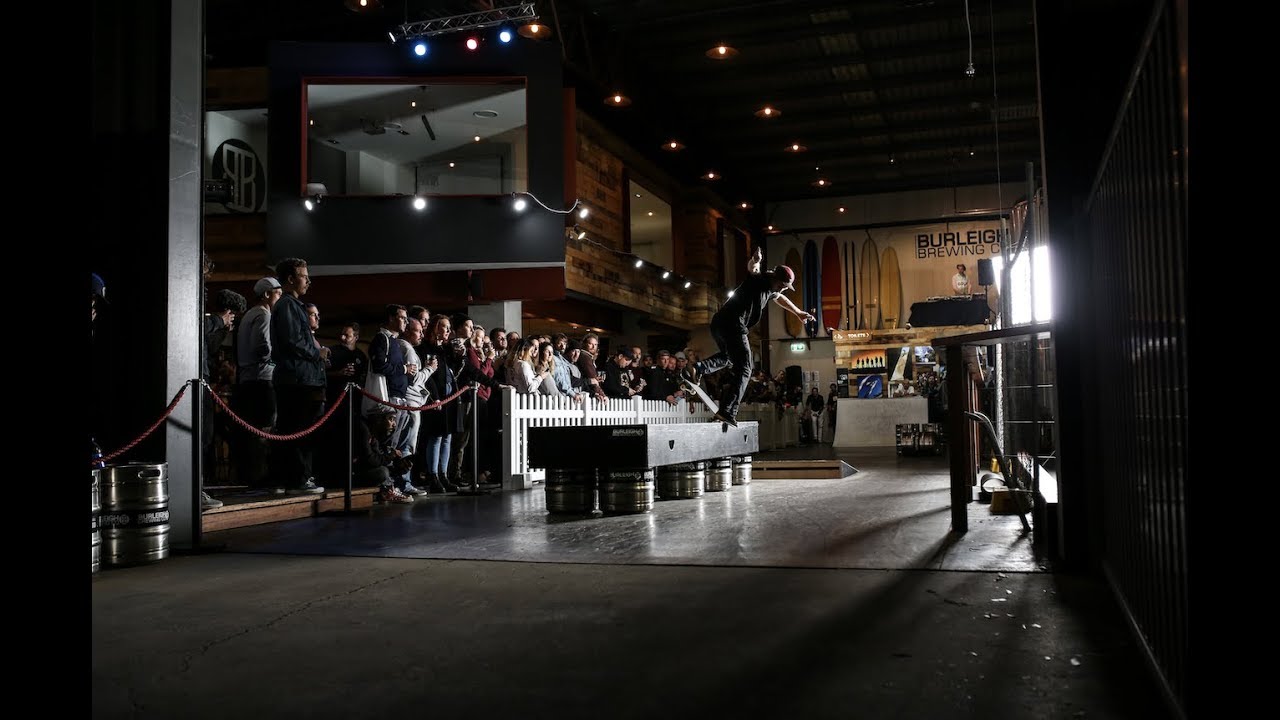 You seriously don’t want to miss this one!⁠ In celebration of craft beer and skateboarding, Burleigh Keg Jump will host 20+ pro skateboarders from around the country who will battle it out at the Burleigh Brewing Taphouse for a prize pool of $7,000 including Burleigh beer for a year.🍻

Tickets now on sale. Numbers are super limited, so get in quick!

Dedicated outside VIP viewing area, dedicated VIP Burleigh bar, hang with the pro skaters during the night and Burleigh beer on arrival.

Burleigh Keg Jump will set up in front of our loved brewhouse tanks in the Taphouse and will showcase a best trick obstacle course, followed by the main event; Burleigh Keg Jump with the winning skateboarder clearing and landing the highest number of Burleigh beer kegs on the night. The current Australian Burleigh Keg Jump record was set by Sam Atkins from Geelong in 2019 when he launched over 11 kegs in front of crowd of hundreds at Burleigh Brewing. Sam will be back to defend his title this year, yet will he beat his own record too?!

More skateboarders to be announced.

The best trick will be judged by Sean Holland from The Skateboarders Journal and Trent Fahey from Slam Skateboarding Magazine. Former Pro Skateboarder, Trent Bonham from Precinct Skate Shop is our Artist In Resident for the month of June and is showcasing his premium skateboard deck collection in the brewery. Check it out while you’re here! Exercise more than just your tastebuds at Burleigh Brewing Burleigh Brewing at the AACTA’s